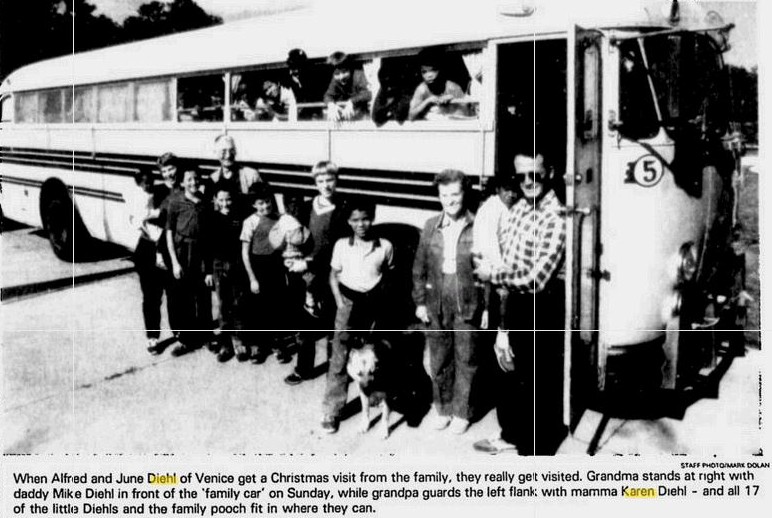 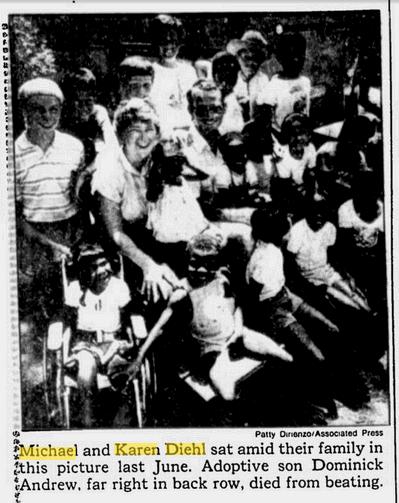 Dominick Diehl, who also went by Andrew, was 13 when he was beaten to death by his adoptive parents, Michael and Karen Diehl. He was regularly tied to the floor of the family’s bus and beaten with rods and a homemade whip as a form of punishment. The couple homeschooled their brood of 17, including 4 biological children and 13 adopted special needs children. Two years before Andrew’s death, the family left their home in Post Falls, Idaho, and went on a road trip that was originally only supposed to last for a couple of months. During these years they lived in their school bus, parking at camp sites across the country. While the family of 19 was on a 2 year school bus trip they had become heavily involved in a fundamentalist Christian faith community in Virginia. The couple was sentenced to a collective seventy years in prison for the beating death of their adopted son.